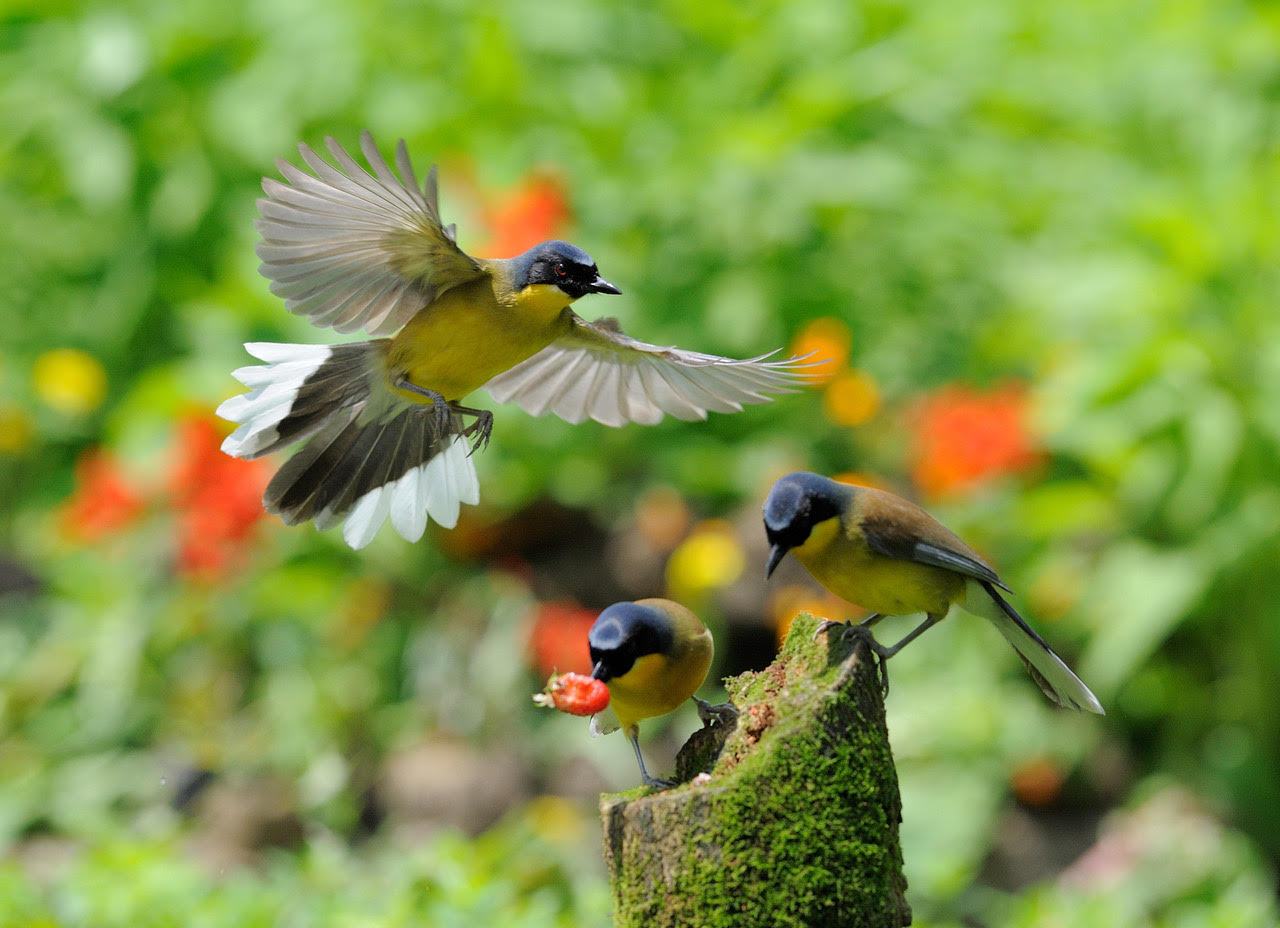 The blue-crowned laughingthrush (Garrulax courtoisi) is listed as critically endangered on the IUCN Red List and endangered on the China Species Red List. Endemic to China, the species was known only from five museum skins until 1988 when it dramatically appeared in the international bird trade. Two specimens had been taken in Wuyuan County, Jiangxi Province, in southeast China in 1919 and three collected near Simao, Yunnan Province, southwest China in 1956, but the species had not been seen again in the field and its status in the wild then remained completely unknown. These five specimens were previously considered to represent two distinct Chinese subspecies of the yellow-throated laughingthrush (Garrulax galbanus), but following a taxonomic revision of babblers by Nigel Collar based upon morphology, this was revised and the blue-crowned laughingthrush was considered either as the monotypic species Garrulax courtoisi or as two subspecies (courtoisi and simaoensis). Currently, Handbook of the Birds of the World taxonomy recognises Garrulax courtoisi as a monotypic species , a revision also adopted by Species360.

For management purposes of the ex-situ population, and based upon available historical data, all birds in the managed populations (with the exception of birds at the Nanchang Zoo, China) are believed to have originated from the same source. The European Association of Zoos and Aquaria (EAZA) and Association of Zoos and Aquariums (AZA) manage blue-crowned laughingthrush at the species level.

The remaining wild population of about 300 individuals breed in discrete colonies centered around Wuyuan County in the province of Jiangxi, southeast China. This population has been monitored since its discovery, and annual counts are made by Prof He Fen-qi. The Forestry Bureau of Wuyuan County (FBWC) supports protection of a number of key breeding sites. Surveys for further colonies and wintering sites continue in Jiangxi and have also been conducted in former range areas in southwest China. ZSL London Zoo coordinates the financial and technical support from European partners to Prof He Fen-qi and FBWC and liaisons with both Chinese partners and Birdlife International. ZSL is currently negotiating the renewal of the MOA with the FBWC.

The blue-crowned laughingthrush population is regionally managed in North America as an AZA Yellow Species Survival Plan. The immediate goals include increasing the overall population size as quickly as possible while improving genetic and demographic values to foster long-term sustainability. Since 2008, the AZA population increased 163% through improved breeding success and multiple importations from EAZA zoos.

The European population has been managed by Laura Gardner since 2002 with a European Studbook (ESB) published annually. This studbook was elevated to an EEP programme in 2015. An International Studbook was approved in February 2012 with Laura serving as its keeper. As of October 2018, the AZA population consisted of 80 specimens in 14 accredited institutions. The EEP population included 171 individuals in 39 member institutions and four private participants, and the Asian Zoo population comprised 39 individuals in three institutions (including the birds at Nanchang Zoo which currently are being managed in isolation due to taxonomy).