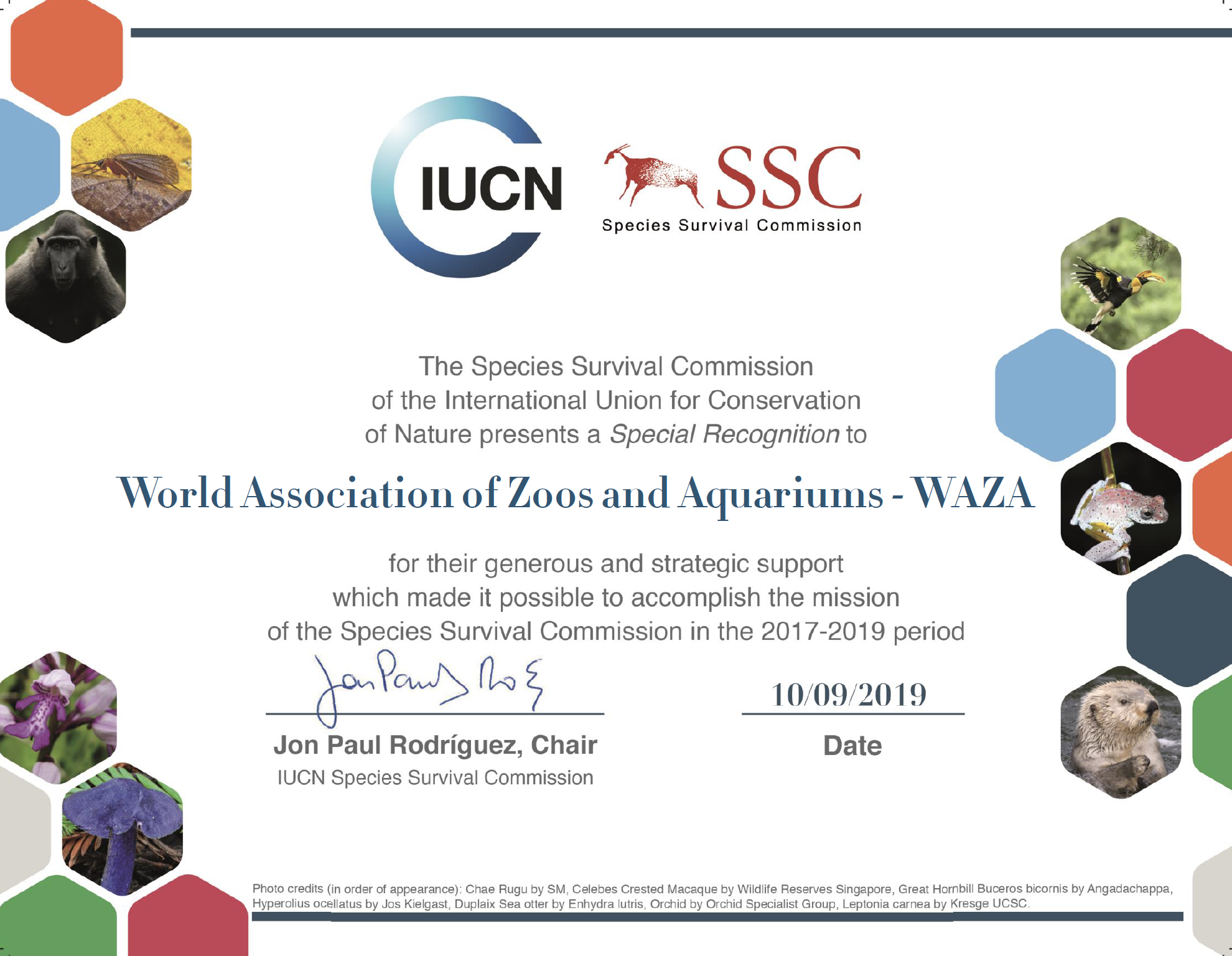 WAZA is pleased to have received a special recognition from the Species Survival Commission of the International Union for Conservation of Nature (IUCN SSC) for supporting the commission in its mission for the 2017-2019 period.

• The SSC established five partnerships to create Red List Hubs around the world at WAZA member institutions at: The Deep Aquarium, Georgia Aquarium, Oceanário de Lisboa, Albuquerque Biopark, and Parque Das Aves. To date: 3,300 species have been assessed and 1,440 person/hours contributed per year through these hubs.
• Established two partnerships to enhance SSC’s species conservation cycle globally: creating the Species Survival Centre in Paraná, Brazil (in partnership with Parque das Aves and the SSC Conservation Planning Specialist Group) and the Global Center for Species Survival in Indiana, USA (in partnership with the Indianapolis Zoological Society).
• The Red List Partnership and SSC network delivered key indicators through the IUCN Red List of Threatened Species:
– 105,500+ species assessed for the Red List
– 28,000+ species threatened with extinction
– 160,000 species assessed by 2020, target set by the Barometer of Life
• Launched Sumatran Rhino Rescue, a multi-partner initiative in which the SSC works with international and Indonesian organisations to collaboratively save this species from extinction. With a 30-million-dollar budget for five years, the partnership has expanded the ex situ sanctuary in Way Kambas and is planning to build a new one in northern Sumatra. In 2019, the SSC established the Sumatran Rhino Husbandry Advisory Board and the first capture of the workplan was carried out successfully in Kalimantan.

WAZA looks forward to its continued partnership with the SSC in 2020, which will see some exciting developments.